Buttigieg emerges from nowhere to become a presidential contender 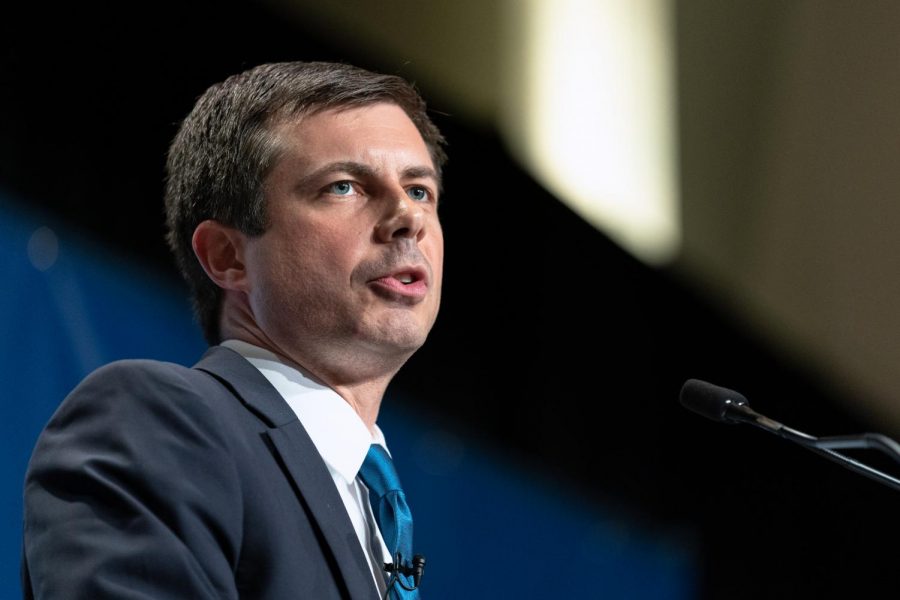 Pete Buttigieg has seen his support ebb and flow in Iowa.

Pete Buttigieg, the former mayor of South Bend, Ind., and candidate for the Democratic presidential nomination, has seemingly come out of nowhere to gain considerable support among Americans in recent months.

In fact, according to a poll conducted in November by the Des Moines Register, Mr. Buttigieg led Iowa “with 25 percent now saying he is their first choice for president.”

More recent polls, however, show that his support has slipped and the two current front-runners in a quickly shifting Iowa landscape are former Vice President Joe Biden and Sen. Bernie Sanders of Vermont.

“Since September, Mr. Buttigieg has risen 16 percentage points among Iowa’s likely Democratic caucus-goers,” the Register noted in an article accompanying the November poll.

The rapid fluctuation in candidate support — far from unusual in the months leading to the state’s caucuses — means that anything can happen come Feb. 3, when a winner will emerge in the country’s first nominating contest. Despite the recent drop, Mr. Buttigieg could easily emerge victorious.

So where is his support coming from?

It would be expected for Mr. Buttigieg, as a young candidate, to be viewed favorably among young voters but it is actually the opposite.

Mr. Buttigieg’s strongest age group in Iowa, according to a poll from Iowa State University, is 50 and older. He has support from around 60 percent of this age range. Sen. Sanders, who is running for the nomination for the second time, leads the 50-and-under range with about 50 percent.

It is likely that the popularity of Sen. Sanders is due to the name recognition from his previous campaign. According to a recent Monmouth University poll, 16 percent of respondents stated that they had “not heard of” Mr. Buttigieg. Only 1 percent of the same group polled did not know who Sen. Sanders was.

Mr. Buttigieg, 38, would be the youngest president in American history upon his inauguration. A win in Iowa for Mr. Buttigieg could help his name recognition significantly.

Name recognition, however, is not the worst of his problems. Mr. Buttigieg is struggling to gather support from African Americans, who form the party’s most important voting group. Mr. Biden has a commanding lead among black voters in South Carolina, which holds a crucial primary after Iowa’s caucuses and New Hampshire’s first-in-the-nation primary.

Ene Ette Jr., an African American senior at AMSA, said that he would vote for “Joe Biden because he is experienced, he has experience with Congress, and his policies make sense.”

Ene’s nuanced response belies the general assumption that name recognition and the fact that he was vice president to President Barack Obama are the primary reasons for Mr. Biden’s support among African Americans.

For many students, their choice often comes down to who they think is the “best of the worst.” Senior Emily Downing said she supports Sen. Amy Klobuchar of Minnesota because she doesn’t “like the other candidates.”

Sympathy and support fluctuate wildly during the primary season. Today’s front-runner often becomes yesterday’s news. Mr. Buttigieg’s support may have slipped, but anything is possible until it’s time to actually cast votes.