Climate change: The time to act was yesterday 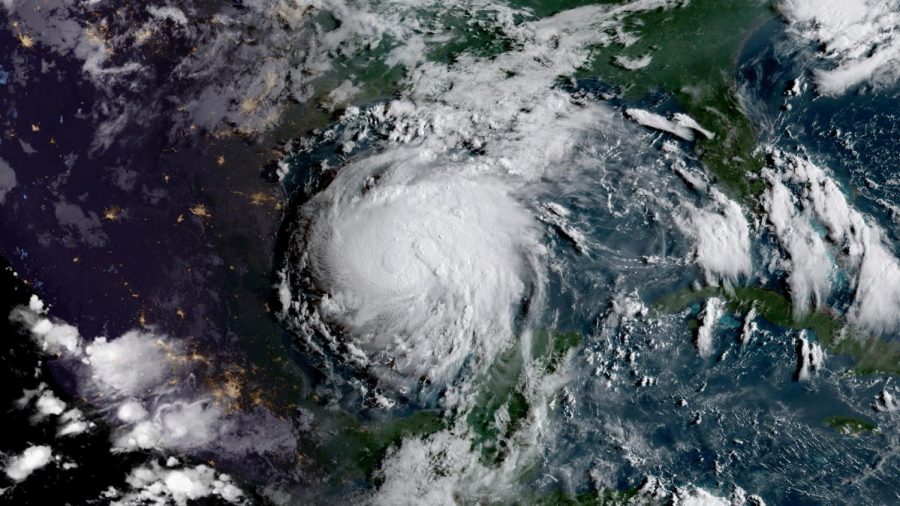 The world is heating up, Earth’s climate has become chaotic, and experts are worried.

Hurricanes are wreaking havoc in the Caribbean and along the gulf coast in the United States, wildfires are growing more intense and frequent in California, and each year seems to bring home a new planetary record for the warmest since such things began to be tracked.

“It’s becoming increasingly obvious that climate change is here and the negative impacts associated with the manifestation of extreme weather are significant,” Blair Feltmate, a professor at the University of Waterloo in Ontario and an environmental expert, told the Canadian Broadcasting Corporation. “And we now need to be working to counter those negative impacts.”

The three major hurricanes to hit the United States during the 2017 season — Jose, Irma, and Harvey — are estimated to have caused nearly half a trillion dollars’ worth of damage, with experts gauging that Harvey alone caused almost $200 billion worth, primarily in southeast Texas. Hurricane Maria devastated Puerto Rico, causing another $100 billion worth of damage. Many people on the island have gone months without electricity.

Climatologists have long warned that the heating of the planet’s surface would intensify such storms. According to Craig Welch in his article “How Climate Change Likely Strengthened Recent Hurricanes” for National Geographic, “two centuries of human fossil-fuel burning has altered temperatures just enough to almost certainly make these particular storms worse.”

Katharine Hayhoe, a climate scientist at Texas Tech University, has written that climate change doesn’t necessarily lead to an increase in hurricane occurrence, but that the warmer sea water “can have a role in intensifying a storm that already exists.”

Hurricanes are not the only disasters that seem to have a correlation to climate change. The California wildfires were a major disaster for the state of California throughout 2017. The state saw more than a million acres of land destroyed, with at least 43 fatalities and thousands of homes burned.

Record-high temperatures and strong winds contributed to both the start of the wildfires and their intensity and ability to rapidly spread. Experts say that if not for a heavier-than-usual rainfall the previous winter, the fires could have lasted even longer and destroyed much more.

“Extreme weather events are becoming more intense and frequent,” officials from the World Health Organization wrote last July. “In the last 130 years, the world has warmed by approximately 0.85 degrees Celsius. Each of the last three decades has been successively warmer than any preceding decade since 1850.”

Despite the evidence and the models put forth by experts, many people continue to treat the issue as one of unsettled opinion. This runs all the way to the highest parts of the American government.

President Donald J. Trump has, in the past, called climate change a Chinese hoax and even made a joke about it during the winter of 2013, tweeting after a March storm, “It’s snowing & freezing in NYC. What the hell ever happened to global warming?”

This is a common logical fallacy voiced among people who do not understand that weather and climate are, although related, distinctly different things.

The misunderstanding and failure to both recognize the overall threat and the nuances of the problem have already led to significant and potentially disastrous decisions, such as Mr. Trump’s declaration that the United States would pull out of the Paris Climate Agreement.

“For anyone who had any hope that two historically devastating storms striking our nation would wake up the Trump Administration to the reality of the climate crisis, think again,” John Coequyt, the Sierra Club’s director of global climate policy, told CNN.

Scaling down carbon emissions has been major topic discussed by climate experts and business and government leaders throughout the world, with some major companies seemingly willing to do their part.

Arguably due to the pressure of shareholders and the wide embrace of the Paris Climate Agreement globally, Royal Dutch Shell pledged to cut its carbon emissions in half by 2050.

“It’s good that they are looking in the right direction,” said Dan Becker, director of the Washington-based Safe Climate Campaign. “[But] we’ll have to make progress a lot more quickly than they are projecting in order to protect the climate.”

The clock is ticking and the window to put measures in place that could have enough impact to avoid disaster is a small one.

WHO estimates that “between 2030 and 2050, climate change is expected to cause approximately 250,000 additional deaths per year, from malnutrition, malaria, diarrhea, and heat stress,” which will lead to “direct damage costs to health (i.e., excluding costs in health-determining sectors such as agriculture and water and sanitation), estimated to be between $2-4 billion a year by 2030.”

To wait or to continue to debate the issue will, seemingly, lead only to more destruction and more death.