Escaping from the echo chambers 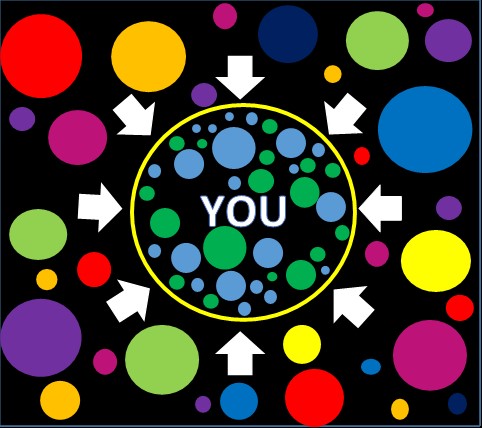 Echo chambers are dangerous because they only promote things with which you already agree.

In my house, talking about politics and current events is dinner-time conversation. It is a conversation that I am proud to say my family is able to have. I am proud that we are able to debate and converse, share opinions, and push one another to think outside of the box.

Each of us — my mother, father, and I — bring new perspectives to what we learn every day, and we are able to create an environment where it is safe to agree or disagree with each other. I am pleased that my family does what it can to prevent creating an echo chamber.

The storming of the U.S. Capitol by rioters on Jan. 6 showcased how damaged America truly is. Echo chambers — in which people only hear and trust things with which they already agree —  of mass proportion have been created over the past four-plus years, and that day last week was proof that this has diminished our chances for peaceful reconciliation.

I blame these echo chambers, in which conspiracy theories, allegations of voter fraud, and hateful rhetoric passed off as truth currently abound, for various acts of violence over the course of the past year. As a nation, we are in desperate need of unity, and in order to achieve this, we need to gather the facts and leave talk shows and conspiracy theories and other nonsense to the side.

We need the news, not entertainment and not fantasy.

One echo chamber that I am referring to has fueled much of Donald J. Trump’s presidency. Media outlets, members of Congress, Mr. Trump himself, are all guilty actors in America’s dying democracy through their words.

Speaking to supporters on the Ellipse near the White House on Jan. 6, as Congress met to certify the Electoral College result, Mr. Trump told them to march to the Capitol “because you will never take back our country with weakness.” Even as they stormed the building and threatened members of Congress and Vice President Mike Pence, Mr. Trump tweeted that his followers should “go home with love & in peace. Remember this day forever!”

His comments stained the nation’s reputation. But there is no doubting that his voice has tremendous power, particularly for those who trust him completely.

I believe that citizens are obligated to know the truth, and I pity those who think that the words coming out of Mr. Trump’s mouth then or now are truthful. Mr. Trump’s baseless assertions about election fraud and the need for strength in the face of oppression were not first offenses inside the echo chamber — they were merely the tipping point that moved something controllable into a beast with the power to destroy.

A number of conservative media outlets have not helped to prevent this disservice to the American people. By amplifying Mr. Trump’s corrosive rhetoric on social media, television, and radio, the echo chamber opened wide in receiving messages of hatred and division.

Trouble occurs when people only listen to one outlet or a singular viewpoint in order to get their information. The harmful effects of this can be seen at a vandalized Capitol, where five people lost their lives last week.

Social media can be a particularly dangerous platform, providing an echo chamber that shuts out not only dissenting opinion, but facts. The same falsehoods are seen again and again. Algorithms fill the space with the same ideas from like-minded people.

In all fairness, it works on both sides of the political spectrum. You could easily have spent the past few years only following @therealdonaldtrump and @foxnews, or @msnbc and @speakerpelosi, and go on believing every word they say without thought — because you have nothing challenging you.

This applies to life in general. If you have never been outside your hometown, who are you to talk about the culture of a foreign country? If you have only studied one religion, only spoken to those who have done the same, and never made an effort to learn about another, who are you to preach the rights and wrongs of others?

Without listening first, seeking truth, and showing compassion and understanding, this democracy that we liken to John Winthrop’s “city upon a hill” will quickly fall into ruin. In order to have an educated conversation with other human beings, certain basic things are necessary: treat others the way you want to be treated, listen, and be kind.

The next time you sit down for dinner, I ask you to speak with your family about what is going on. If you live alone, call someone. Speak intelligently, speak what you believe, and be ready to listen in return. Leave the echo chamber behind — for good.