In State of the Union Address, Biden stresses the importance of togetherness 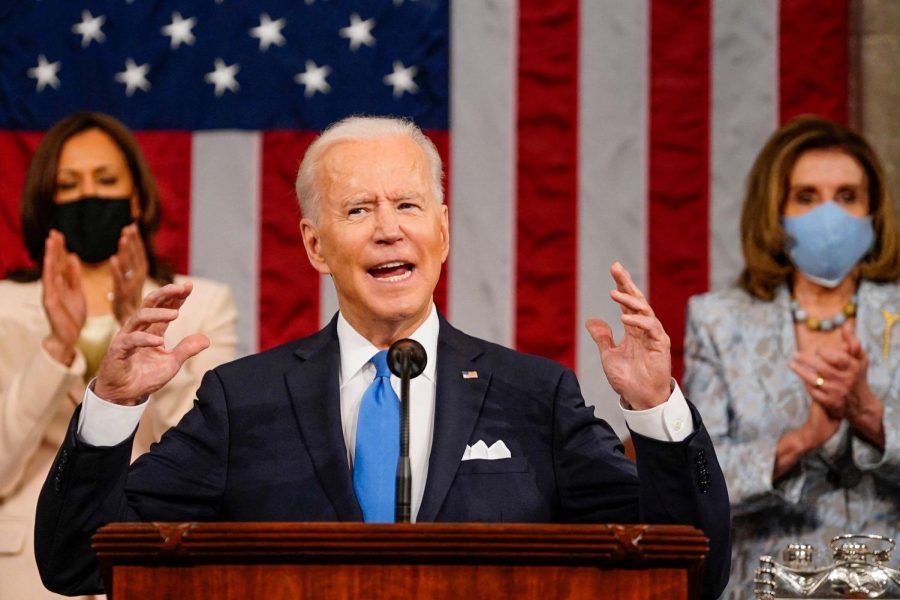 President Joe Biden focused on bringing the country -- and world -- together.

The State of the Union, presented by President Joe Biden in an address to members of Congress on March 1, stressed a sense of bipartisan togetherness to achieve the goals — ranging from defending NATO territory to ending the opioid epidemic to providing affordable internet to all citizens — he has set.

“Togetherness” may well have been the “big idea” at the heart of the speech, reminding the lawmakers present and Americans listening that the nation’s focus should be on common ground and not partisan differences.

Mr. Biden started the speech by addressing the developing aggression of Russian President Vladimir Putin in his war against Ukraine. He again focused on the camaraderie between citizens, citing Ukrainian citizens as a “wall of strength [President Putin] could never have anticipated or imagined.”

When Mr. Biden said that “we the United States stand with the Ukrainian people,” he in part meant such things as the Department of Justice seizing the assets of Russian oligarchs and protecting NATO territory in the instance of Putin expanding his invasion, along with myriad other sanctions intended to debilitate the Russian economy.

Saying “we are going to be okay” as a blanket statement to move on, Mr. Biden shifted to a discussion of the United States economy, and the success of the American Rescue Plan to stop tax cuts to the rich and help poorer citizens instead.

While bringing up the “$2 trillion tax cut in the previous administration that benefitted the top 1% of Americans,” Mr. Biden was met with boos from Republican lawmakers.

Not by coincidence, directly after the passive-aggressive attack of the previous Republican administration, Mr. Biden made sure to thank both parties for working together to bring America to a better economic path.

Mr. Biden quickly went through a few points varying from stopping climate change, to providing more jobs, to getting prices under control by focusing on American manufacturing. By limiting foreign supply chains — which he connected to inflation amid the ongoing Covid pandemic and its effects on the world supply chain — Mr. Biden said he will be “building a better America.”

His segue into the pandemic utilized the new production of a Pfizer pill to address Covid as a continuing reality without alienating any anti-vaccination personnel in attendance. Mr. Biden managed to stay mostly universal on the topics discussed — with the exception of said pointed remarks about the previous administration, pushing for protection of Roe v. Wade, and mentioning the protection of LGBTQ+ rights — managing to avoid any real specifics or legislation.

The need for a bipartisan effort on issues Mr. Biden wants to focus on was evident. He reiterated a longstanding goal of ending cancer, something that nobody can really argue with.

Among his final points were supporting veterans, focusing on the mental health of children, and the hefty task of ending the opioid epidemic.

Overall, Mr. Biden presented an expectedly optimistic view on where America stands while connecting all points to the overarching importance of future bipartisanship if anything is to be achieved. He avoided any gaffes, and he ended his speech by saying “the state of the union is strong because the American people are strong.”