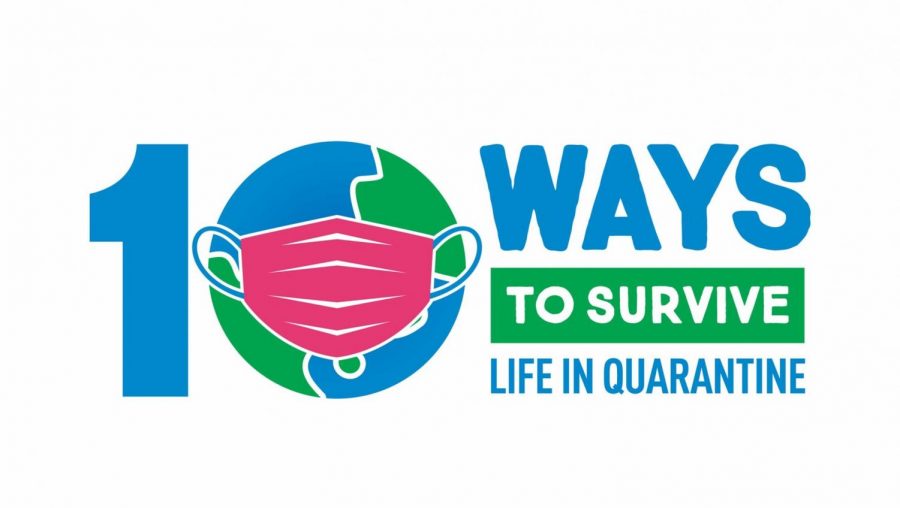 AMSA's first remote play will be followed by a production of Disney's Frozen next month.

The audience sits in a dark auditorium. An announcement over the loudspeaker asks people to silence their cell phones, then the curtain rises and the show begins. Actors stand onstage and fill the space with energy, music, and excitement, and the audience rewards them with boisterous applause.

Cut to another scene: a hundred people sit in their own houses, their faces veiled by computer screens. Performers speak lines into their webcams, staring at their own reflections instead of a lively audience, and congratulate each other using chat messages. This is the reality of theater in the era of coronavirus.

AMSA’s Drama Club was one of many theater groups with performances falling victim to the pandemic — a month away from opening night, in March 2020, its production of High School Musical Jr. was canceled due to indoor gathering limits and the declaration that singing is a potential super-spreader of Covid-19.

As it became clear that coronavirus was not about to disappear anytime soon, the Drama Club turned to virtual performing options for the fall of 2020 and spring of this year.

On Jan. 15 and 16, the Drama Club presented a virtual production of 10 Ways to Survive Life in Quarantine, a pandemic-themed comedy by Don Zolidis. The performers rehearsed over Zoom and presented the play as a Zoom Webinar, in which actors muted their microphones between lines and communicated with attendees through the chat feature.

“For the webinar, if you shut off your video, you disappear,” said club adviser Christine Crocker, who has been involved in 19 school shows. “We’re all there. We’re just on mute with our cameras off, and if you have a scene, you pop on your video and your sound and you go.”

To actors who are accustomed to the feedback and energy of a live audience and the lights and backdrops of a physical stage, learning instead to act towards a tiny webcam at the top of a computer screen is a different experience, to say the least.

Under normal circumstances, actors who are conversing onstage must project their voices towards the audience while maintaining eye contact with their companions. Over Zoom, they look at their camera and act towards their fellow actors and audience members at the same time.

“It was more based on facial expressions, which you normally wouldn’t do [as much] because audience members are 20 feet away from you, so they can’t see your face as well,” said Sam Butler, a sophomore who acted in 10 Ways to Survive Life in Quarantine.

Cast members had to keep track of their own cues in the absence of a stage crew to give them reminders of when to come onstage.

Many actors rely on audience reactions to shape their performance, but communication with audience members is only possible via chat message in a webinar performance. To some cast members, not having that interaction was a relief.

“When I was on camera, all I saw was my fellow actor. I didn’t see the audience, and it put a lot less weight on my nerves, which is actually pretty nice,” Sam said.

The Drama Club’s next project is a production of Disney’s Frozen, which can be streamed virtually on April 30 at 7 p.m. and May 1 at 3 p.m. and 7 p.m.

The musical Frozen is based on its namesake Disney movie and shares most of its music and dialogue.

“In the day and age of a pandemic, in trying to do a musical over a computer, we decided to do one that made everyone happy,” Mrs. Crocker said.

Frozen is one of five shows that Disney released for virtual production, and Disney requires AMSA to record it and then stream the video on the set dates.

The main challenge that Frozen presents is that it is a musical, and due to audio latency over Zoom and other online platforms, it’s hard for groups to sing together in real time.

The Drama Club plans to film long cuts of scenes over Zoom and record ensemble music using a virus-safe recording system called the Driveway Choir, which has performers sing into microphones in separate cars and tune into a radio station where they can hear the rest of the group.

The online format eliminates the need for a rehearsal and performance space, which AMSA normally rents, as well as transportation of set pieces from Mrs. Crocker’s classroom at the school to an auditorium via a bus.

“I would trade all the pluses to be able to be back in person,” Mrs. Crocker said.

After Frozen, a senior showcase is in the works, written and directed by AMSA seniors.

Beyond that, it all depends on vaccine distribution and infection rates.

However it plays out, “It’s better to have some theater than no theater,” Mrs. Crocker said.