That ‘invasion’ of migrants? Just call it ‘fake news’ 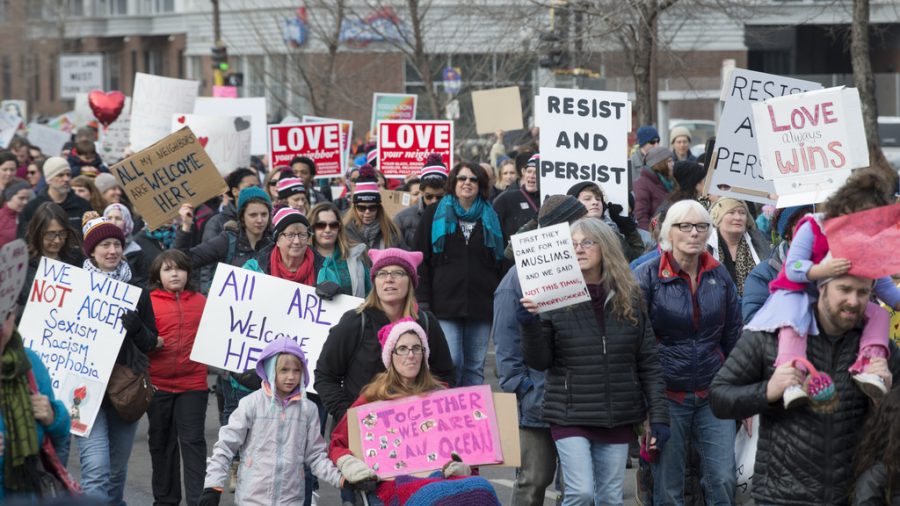 Many Americans are open to the idea of welcoming migrants fleeing persecution and violence in their home countries.

And I say let them in.

The bulk of the latest group of migrants recently reached the U.S.-Mexico border. But with recent tweets from President Trump, a lot of rage centered around a deception that has spread among many Americans. The anger is embedded in the idea that these starving people are going to invade the United States.

U.S. military personnel were even deployed so that these scared people could be sent back to their crime-ridden countries. It was all over the news, all over social media.

But that was before the midterm elections. Now there is nothing. No one is talking about it, and no one hears any mention of a “caravan” unless they actively search for it. Mr. Trump has not tweeted anything about the caravan since, and news outlets have gone silent.

What does this mean? It means that it wasn’t an issue. It wasn’t an invasion and it most definitely was not a threat to the American people. Mr. Trump incited hate against a group of starving and desperate people in hopes of swaying an election.

This most recent and large migrant caravan started in October, with a group of 160 people in Honduras. As these 160 people marched towards the United States, they started to pick up others until the numbers reached the thousands.

As they made their way north, they traveled through dangerous terrain and put themselves at risk of murder, kidnapping, and violence by criminal gangs. Despite that, they traveled in the hope that the people of the United States would accept them and that it would all be worth it in the end.

Many people, namely Mr. Trump and his supporters, stated that the people in the caravan planned to cross the border illegally. What they missed (or ignored) is that the vast majority of migrants just wanted to request asylum.

Sadly, many people — including Mr. Trump — don’t believe that these people are being persecuted and they think that they wish to enter the United States illegally. In a perverse way, this could become a self-fulfilling prophecy because Mr. Trump is pushing to restrict the legal recourse that migrants have in applying for asylum.

Mr. Trump tweeted that migrants needed to enter legally or they would be turned back. But he also wants to restrict the legal way in. This, in turn, would force them to enter illegally.

There are also vast misperceptions about migrants. The most notorious claim is that crime rises with these potential immigrants. Numerous studies have debunked these claims.

In a large-scale collaborative study by four universities, led by sociologist Robert Adelman of the State University of New York at Buffalo, research showed no increase in crime with an increase in immigration.

The study looked at 200 metropolitan areas over the past several decades and noted the increase and decrease of crime in comparison to immigration figures. In nearly 70 percent of the areas under study, the immigrant population rose while the crime rate was stable or actually fell.

More telling, in the 10 places with the largest increases in immigration, all had lower levels of crime in 2016 than in 1980.

Reports of rock throwing by migrants at U.S. border personnel were blown out of all proportion. The actions of a few people cannot tarnish the character and intentions of thousands more.

It is illogical — and, in fact, ignorant — to label a massive group of people “horrible” based on a handful of outliers.

The attempts by the president and his administration are appalling and uncalled for and the only thing Americans should fear are the cries of “fake news” masking actual truth.