The AMSA Voice • May 18, 2022 • https://newspaper.amsacs.org/the-northman-is-brutal-striking-and-compelling/

The Northman is brutal, striking, and compelling 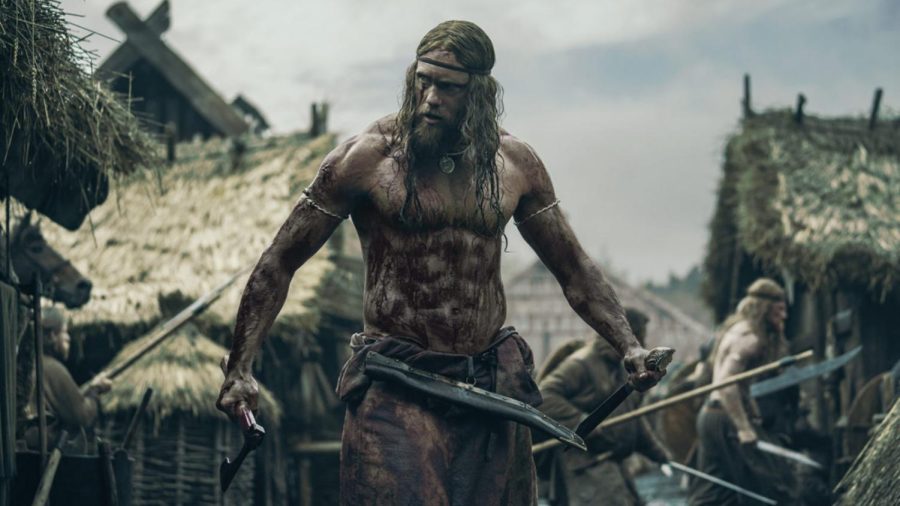 The Northman is the new and third film by acclaimed director Robert Eggers. His first two features, The Witch (2015) and The Lighthouse (2019), were both extensively researched horror period pieces. Eggers is known for his commitment to time periods, as well as for his use of folklore and other mythical elements. The Northman adheres to these elements, but manages to be wildly different from his other work.

The film focuses on the general story of viking prince Amleth, who witnesses the murder of his father by his own uncle, Fjolnir, and seeks revenge against him years after he takes the kingdom. If that sounds familiar, it’s because this is based on an ancient story that also served as the basis for William Shakespeare’s Hamlet.

This film is extremely well researched and authentic, to a point where it feels completely foreign and the viewer is transported to medieval Iceland. It does not hold back in the slightest to show how utterly brutal the time was, and the film is filled with intense and horrific violence. This violence is not unjustified, however; it creates an aura of unfamiliarity and unease for the viewer.

Eggers deserves an immense amount of respect for how committed he is to telling a story like this with absolutely no hand holding and no familiar characters to latch onto.  It represents a kind of film that I want to see more of, one that does not tell the audience what to think about the subject matter, but simply reveals it and leaves it to the viewer for judgment.

I am not the biggest fan of action or even period pieces in general, but this film transcends these elements and is backed up by genuinely unbelievable filmmaking. The action scenes are so well shot and riveting that it feels completely new and fresh, even if it is about medieval vikings.

The action sequences do not overshadow the story, though, because the writing and performances are just as amazing. Specifically, Alexander Skarsgård as Prince Amleth and Anya-Taylor Joy as Olga stick out, especially their relationship, which is surprisingly well written and developed (mainly due to an excellent script co-written by Eggers and Icelandic poet Sjon).

The plot takes ideas of destiny and fate, which have been overdone by American cinema to the point of meaninglessness, and actually does something striking with them. It also takes viking culture seriously, treating supernatural and mythical elements as if they are just as important, if not more important, than the unfolding reality. The structure lends itself well to making it feel like a vast epic, with parts separated by title cards.

The production design and cinematography are both very well done. Jarin Blaschke, the cinematographer for all of Eggers’ films, does a great job with the subject matter, and he manages to have a unique style of cinematography for this kind of story, which is vastly different from his work on The Lighthouse, which was shot on black and white 35mm film.

Blaschke’s versatility as a cinematographer pairs extremely well with Eggers’ different subjects and genres, and there is a commitment to not only accuracy but art direction that reflects the time period.

Overall, The Northman is a must watch for anyone remotely interested in history or cinema, or just anyone who simply wants to be challenged in the theater and has a desire to see something original. It is a gritty, beautiful, brutal, and transcendent work of art that is equally as good as Eggers’ other films. It is also strikingly raw and insane in the best way possible.

The final product is something that presents an experience like no other.