The senior capstone project was an opportunity lost 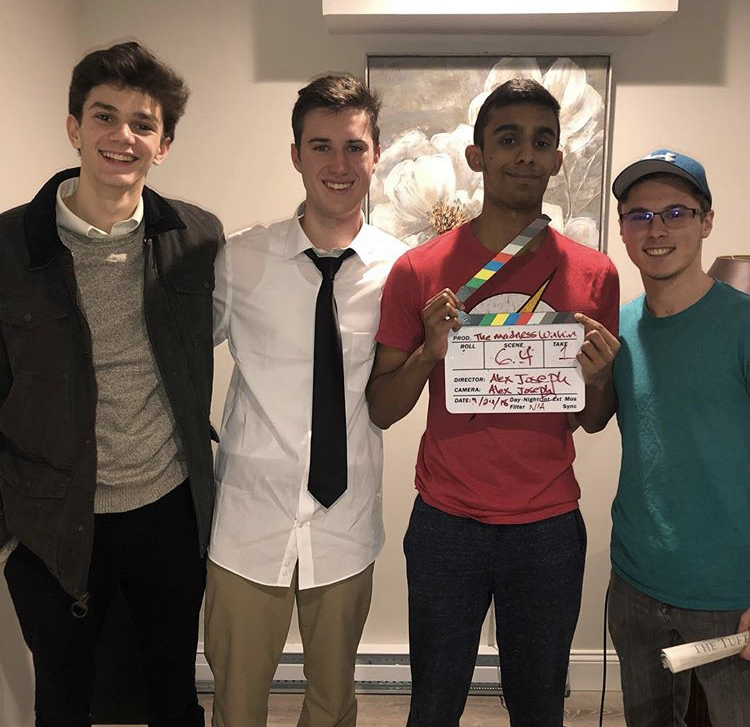 Alex Joseph, second from right, is working with Robert Coakley, second from left, on a short film for his capstone project. Also pictured are Jack Denson, far left, and Zach Pouliot, far right.

AMSA students have always had full plates. Many classes, loads of homework, even a longer school day than most other schools. AMSA upperclassmen juggle advanced courses, after-school activities, and even part-time jobs while still trying to make time for themselves.

In the face of all this came a new graduation requirement for the Class of 2019: the senior capstone project.

I believe this project had the potential to be great and successful and truly serve a purpose — allow seniors to study and present something they haven’t previously been able to do at AMSA.

But it was presented way too late in our high school careers for us to focus on efficiently, given the amount of work we were supposed to be putting into it. Seniors have a significant amount of work throughout the year, even without the project, and it ended up feeling like a waste of time and effort, especially minus the right guidance and checkpoints, which we were told we would get when it was unveiled last year.

History teacher Aaron MacAdams gave the seniors a presentation outlining the project in May. We had potential ideas given to us, such as an internship, a research paper, or even an artistic display of some kind. Basically, we had free reign.

Take it from a current AMSA senior: this final high school year is largely reserved for visiting colleges and universities, submitting applications, and figuring out what we want to do. This is especially true in the first several months during the college application process; the last thing we wanted was a project counted as a graduation requirement hanging over our heads.

It was written in the Google Classroom page devoted to the capstone project that it was supposedly put together as “an interdisciplinary, YOU-directed, and YOU-driven project designed for you to creatively pursue your personal and community-based passions and service through a meaningful learning experience.”

On the surface, this seems like a fun, creative project that with a lot of organization and discipline could be very successful; however, the execution of the idea failed miserably.

In the weeks and months following the May presentation, we were all frantic, wondering what the heck we were all going to do. Some already had ideas, but for the rest of us it was too late to apply for summer internships or compile hours of community service.

Come October, the only thing we were told was that we were expected to have a topic proposal already prepared. Even Mr. MacAdams never mentioned it again as the first quarter gave way to the second quarter. Come January, we still had no firm guidance on a project we were supposed to be a few short months from completing.

Teachers didn’t know what to tell us, and students knew nothing.

Most students seemed to have absolutely no idea what they were going to present, all the way up to the announcement on Jan. 23 that the graduation requirement would become voluntary.

A majority of students were already hoping that the project was going to slip through the cracks and we would just write a senior research paper for our English classes, as originally planned.

When Mr. MacAdams, accompanied by Executive Director Dr. Anders Lewis and Principal Ellen Linzey, informed us in the upper school cafeteria that the project was no longer mandatory, the news was met with a burst of applause.

We were then told of the perks of completing the project anyway, such as a cord at graduation and a special marking in the yearbook.

AMSA’s administration should present the project and all expectations and deadlines to current juniors now, in order for students to have four months or so to come up with an idea and plan what they are going to do. That would leave them about seven or eight months to get it done.

In theory, this project could work — just not in the way it was presented to the Class of 2019.