‘Thug’ or ‘protester’? A distinction seemingly one of race 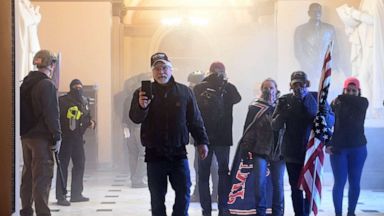 In some cases, rioters walked the halls of the Capitol with impunity.

In the wake of the storming of the U.S. Capitol on Jan. 6, many have taken note of what is being called a clear double standard in the United States.

While mostly peaceful Black Lives Matter protesters were at times met with tear gas and rubber bullets fired by police in the days and weeks after the killing of George Floyd, pro-Trump rioters, who were overwhelmingly white, laid siege to the seat of American government for hours. The reactions of President Donald J. Trump and law enforcement have been vastly different in each situation.

Isn’t this the “white privilege” and the racial double standard that have plagued the country not just for the past half year but for centuries?

During the BLM protests over the summer, in which hundreds of thousands of people spoke out against racism and police brutality, an estimated 14,000 people were arrested, according to The Washington Post. At least 19 were killed.

Of the thousands of rioters who invaded the Capitol, only about 70 have been arrested and charged, with about 170 case files being opened, according to the Department of Justice. The investigation is ongoing and arrests continue to be made. Five were killed.

Perhaps more disturbing than the small number of people who have been held to account, pictures and videos of police letting people into the Capitol and taking selfies with rioters have surfaced.

The shouts of “white privilege”can be heard loud and clear. Politicians, activists, members of the media, and average Americans have all invoked a common thought: Imagine if all those Trump and Confederate flags had been for Black Lives Matter. It is easy to complete the thought and imagine a far different response and outcome.

Politicians have made the imagining easier.

“We love you,” Mr. Trump said in a video he made to his supporters laying siege to the Capitol. “You’re very special.” The president, in remarks on Tuesday, tried to deflect attention away from the Capitol and back to the BLM protesters of last year (whom he labeled “thugs” and “anarchists” at the time).

Many Republican members of Congress did the same during Wednesday’s House of Representatives impeachment hearing, with some going so far as to play down the Capitol siege as a “protest that got out of hand.”

Thug, anarchist, or terrorist isn’t a fair or accurate way to describe hundreds of thousands of people who peacefully rallied for equality as a small fraction committed acts of violence. Comparing them to the rioters who stormed the Capitol is a false equivalency.

“We have witnessed two systems of justice: one that let extremists storm the U.S. Capitol [on Jan. 6], and another that released tear gas on peaceful protesters last summer,” Vice President-elect Kamala Harris wrote on Twitter. “It’s simply unacceptable.”